Oh, false lashes, how you contintually challenge me! It took about four pairs of lashes, taking off and reapplying my makeup three times,  and ten takes to make this happen, but I did not want to disappoint you all!!! It IS New Year’s Eve, after all. You can see the evidence of my efforts in part one, here.

In this tutorial you’ll see me using a couple different pairs of lashes for the simple reason that I kept messing up so badly that I had to move on to different pairs! Ha ha ha!!

The lesson from all of my mistakes is this: practice makes perfect! I recommend buying  few pairs of cheaper brands (like Ardell) that you don’t feel too badly about having to throw away. You can find Ardell lashes at all drugstores, which is where I got the Duo eyelash glue as well.

The lashes I ended up using in the video and most of this tutorial are MAC’s #7’s, as well as a no-name brand I must have picked up at a flea market, I’m not completely sure.

The Cast of Characters used in this tutorial include the following:

Step 1:  To remove the lashes from the box, there are two approaches —

Step 2: In this step, you need to prep the lashes by trimming them. I usually cut about 1/4 off of the ends, because the full strip is usually way too much for anyone’s eyes. You can customize the width as you wish. I recommend holding the lash up to your eyes beforehand so you get an idea of what it will look like on.

Also – and this is important – make sure you apply the correct lash to the correct eye! Match up the side with the longer end to the end of your eye and the shorter side to the inner side of the eye.

Step 4: Apply a thin layer of lash glue to the lash with the end of a q-tip, cut in half. Let the glue dry for 30 seconds to a minute; this makes the lash a lot easier to apply because when the glue is wet, it’s not as easy to secure it to your lashline.

Also, make sure you’re up close and personal with your mirror and LOOK DOWN! It will make things SO much easier and less mess if you follow those two commandments — TRUST!

Step 6: Say hello to my broken nose, and also make sure you’re lifting the false lash above your lashes at all times, and push the inner corner into it’s place. It’s easiest to use flat-topped tweezers for this purpose – if you use slanted tweezers, you risk poking your eye, which is the LAST thing you want to do. Adjust the lashes as needed by blending your lashes and the false lashes with your fingers.

Step 7: Use a fan brush with a bit of mascara to blend in your lashes with the false lashes seamlessly.

Step 8: The glue should dry without evidence of it existing, but you might need to touch up your liner.

Step 9: To remove, loosen up the glue with some kind of oil. You can remove the lashes and re-use them a couple of times, so keep the box they came in!

Voila! Now, get to practicing, and let me know if you have any questions or tips you want to share with the Painted Ladies readers! 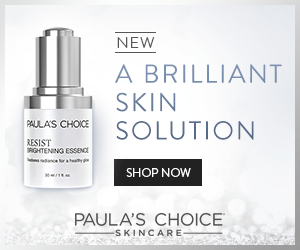 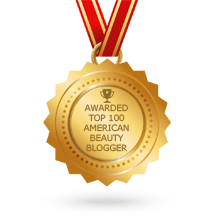